Last week we finally had some chance in seeing the northern lights again. It's been a while. Seems like Norway and Northern Europe where getting all the fun. Finally it was our turn.

So my buddy Zoltan Kenwell and I were out shooting the lights. And man, did we had a great time!

The day after, when looking at the shot I made the quick decision on doing a little media campaign. I emailed/twittered some local newspapers, weather guys and news anchors with some background info both on me and the display. Not soon after I got the first phone call. It was CBC Calgary. They were going to use it in there broadcast at 6. Sweet.

Then Global got a hold on them and Paul Dunphy, the weather guy, gave me a call. Great guy by the way. We chatted a bit and Paul ended up showing them twice. Once at 5 and once at 6.
Here's a little iPhone video of that.

The photo's (or the link to my website) appeared on blogs and news websites as well. All in all a great little experiment. My traffic surged 20 fold.
Not a bad day. 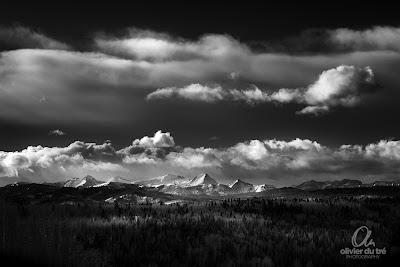 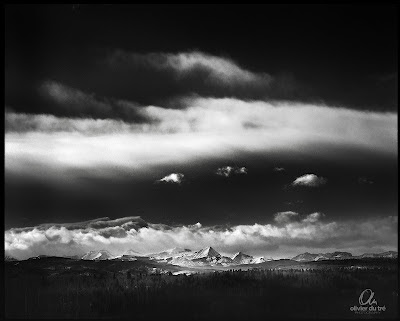 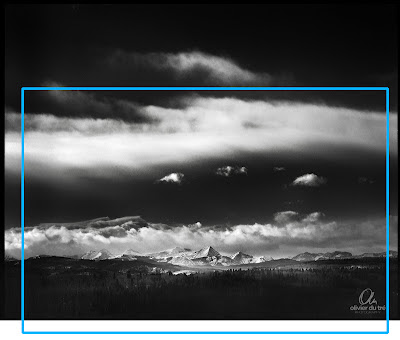 With me exploring the magical world of film again I had my eyes open for opportunities regarding darkroom equipment. I was scouting Kijiji, eBay and I've put out some feelers at The CameraStore but nothing really came up.

Enter Rochelle. Rochelle is a colleague/photographer friend of mine. She literally said 'I will give you some of my gear'.
Yesterday she donated some of her gear to me. Well some quickly turned into everything and before I knew it, my car was loaded up to the roof with stuff!

I safely made it home and started unpacking. It was like Christmas all over again. Every box yielded some sort of surprise or something I had not seen in years! I had to sneeze a couple of times because of all the dust (something I'm allergic to).

Some quick iPhone snaps shows you how much stuff I GOT! O yeah here's the best part. Rochelle donated this FOR FREE! Of course I'm forever in her debt and I will repay her with a couple of beautiful big prints. That's the least I can do. 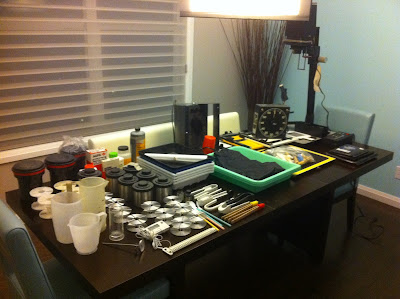 So here's a list of what I got on this table.

And I'm probably forgetting a lot of small random stuff. 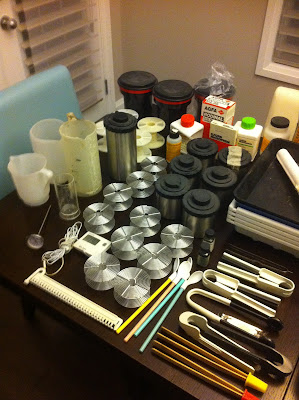 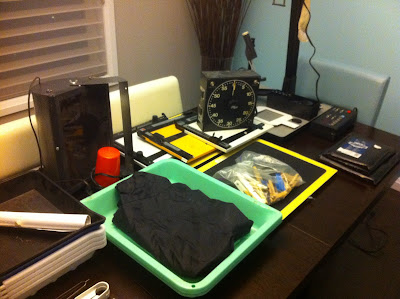 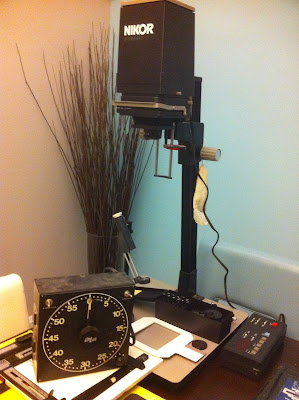