From Can to Can't

Before I move onto part 2 of my trip to Belgium I want to share this with you.

Last Friday I stumbled upon a song on YouTube that I had completely forgotten about. Although recorded very recently, I've only heard the song (before Friday) maybe half a dozen times on the radio. I should say satellite radio. The reason why I listen to satellite radio in my car is because most radio stations here in Calgary have gone hipster. There's one rock 'n roll station out here and it plays very little new rock. And by rock I mean the real rock, not folk rock, indie rock, alt rock, or anything else hipster.

Anyway. Too much details.

So the song I heard was called "From Can to Can't" and was recorded by Corey Taylor (Slipknot, Stone Sour), Dave Grohl (Nirvana, Foo Fighters), Rick Nielsen (Cheap Trick) and Scott Reeder (Kyuss, The Obsessed). Four great musicians with an especially talented vocal artist in my opinion. I LOVE Corey's voice (totally in a very manly way of course).

Here's the un-synchronized video for it.

The song is featured in the movie 'Sound City' and is Dave Grohl's documentary about the legendary studio with the same name. Grohl acquired some of the equipment before Sound City closed up shop. He was inspired to tell the story of that place by just the shear history that place had. The amount of platinum records that came out of that place (and probably the fact the Nevermind was recorded there).

If you really have 20 minutes to spare, check out the making of/behind the scenes of how this song came together. I find it very fascinating to see artists in their moment. I especially enjoyed Nielsen doing the solo. Man he was playing his heart out. Loved it

The reason why I bring this up is because of the following, and the subtitle of the movie already says it best "Real to Reel". 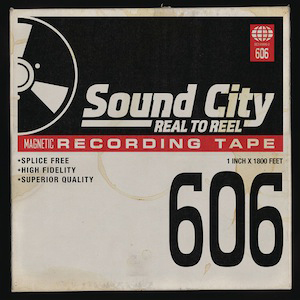 And check out the trailer before you read on.

Here are a few quotes from the trailer that stuck with me.


All these quotes touched me deeply. Change the word music into photography and the same quotes can apply to what we do today.

Quote 1 and 2 could apply to Photoshop for example and how you can simply pick good elements from 10 photographs and combine them into one photograph. Requires very little vision. You just combine after the fact and fake it. This sadly has become the norm in 'commercial' landscape photography these days. For examples of what I mean, pick any edition of Outdoor Photographer for example. Everything is so highly saturated and over sharpened it hurts my eyes. Not to mention the amount of exclamation marks on their covers. It really is ridiculous. I can't believe I once swore by this magazine to point me in the right direction.

Quote 3 has to basically do with your interests. Do what you love (photograph what you love) and everything will flow naturally.

Quote 4 again applies to digital manipulation beyond the normal: contrast, exposure and dodging and burning. How do we keep the integrity of our work intact when we can manipulate everything and anything in our work? It's one of the reasons why I stepped back to film.  And ultimately want to make silver gelatin prints again.

I want to follow my gut in deciding what to do in the darkroom (and not measure, and let numbers or auto masks decided for me) where to dodge and burn for example. The coordinated dance of movement of hands and dodging and burning tools is something I look forward to. And of course the magic when a photograph plops onto the paper in a development tray. Now THAT is fascinating stuff.

You might think I'm stuck in the past. Romanticizing film photography. And that I keep forgetting about the fact that everything is faster, quicker, simpler, easier today.

“Have no fear of perfection - you'll never reach it.” — Salvador Dali
There. That's my thought of the day. :)