Last weekend +Marc Koegel and I hosted our Minimalist Winter Workshop right here in Calgary. Let me tell you, we had a blast.

Marc and his dad flew into Calgary on Friday morning and I picked them up at the +Acclaim Hotel Calgary Airport around noon. The Acclaim is a great venue to host the workshops from. It is situated  only minutes from the airport and they have a convenient shuttle service that bring guests right to the hotel. 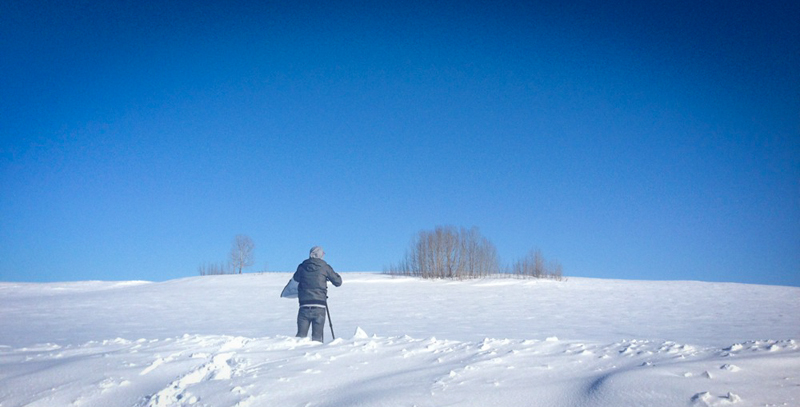 Me setting up the 4x5 and showing you my best side :D.

We spend the day checking up on the locations I had selected for the workshop. It was a gorgeous bluebird day, semi-cold (only -10C) and we had a fresh layer of snow on the ground in all locations.

The next morning we took our students through a few presentation we had prepared on topics like 'What is minimalism?', 'Dynamic composition', 'Things that can and will go wrong in the field ' and we presented some of our work too.


We also gave our students 5 assignments to work on over the weekend. They had to choose 3 and show us the photographs afterwards. The assignments were:

Let's go and photograph some 'stuff'


When we came out from lunch at the hotel, the -10C temperatures from the day before, had made way for +10C conditions. People were starting to panic over the snow conditions. But we both knew there was enough snow to last us through the weekend. At least in the spots that we were going to visit.

When we came to our first location we were stunned by how much the view had changed from the day before. Gone were the blue skies, gone was the fresh snow. The range road had transformed itself from a solid snow covered road to a muddy mess. And the skies looked dreary. 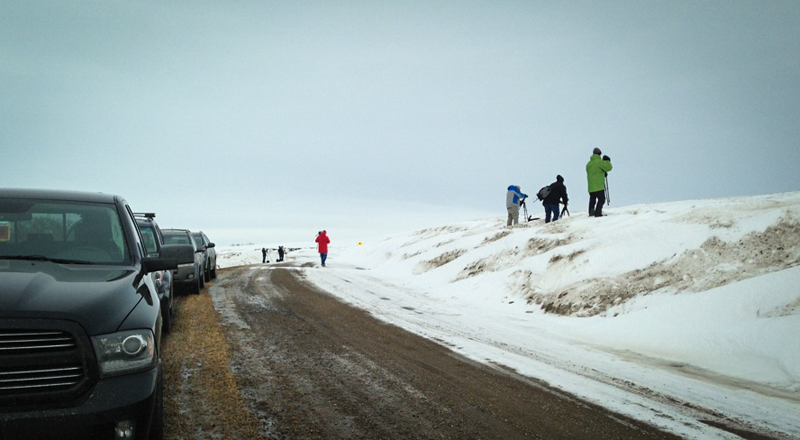 We spend about 1h30m at this location and everybody was loving it. Some people stayed put while others just spend hiking around studying the subject from all its angles. Just seeing that made me happy.


Then we moved on to our second spot. At least that was the point (and then I missed the range road that was going to take us there). Forced to go the long way around we stumbled onto an abandoned farm. I looked to Marc and said 'Dude this is too good to pass by, are we winging it? Are we winging it?! Yes we are winging it!' And I threw the truck on the side of the range road we were on. 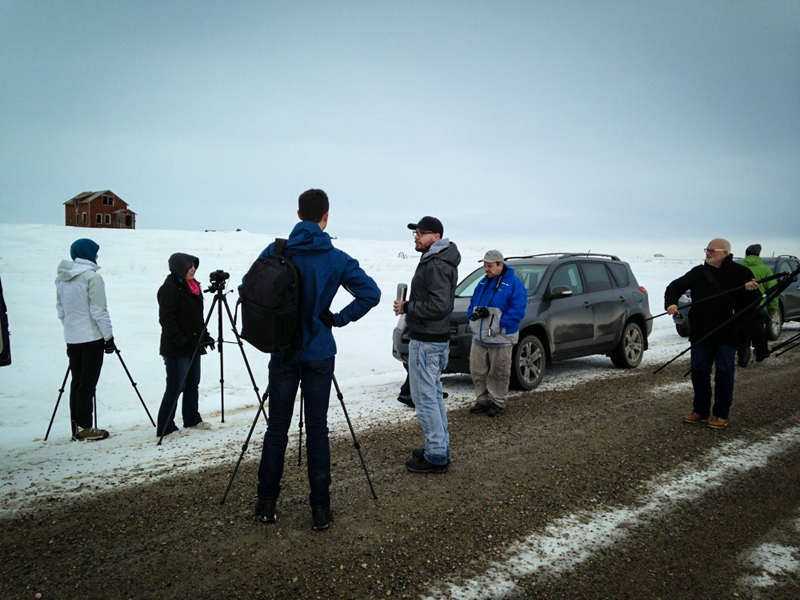 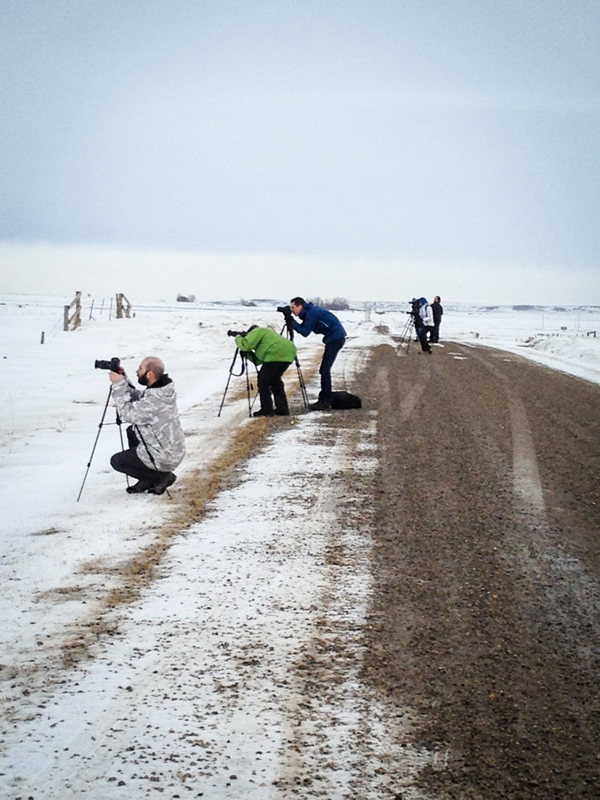 We were now standing in front of an amazing abandoned homestead. It is probably the best homestead I've seen in a very very long time and we were very lucky to stumble onto it. Sometimes it pays to just go a different (or in this case, wrong) way.

Last stop of the day 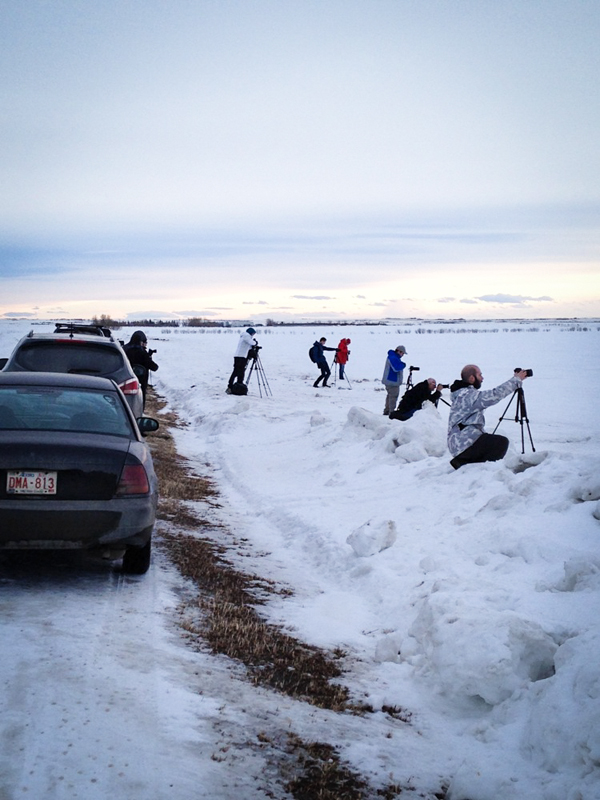 After playing around in the snow for a bit and initiating +Bernardo Möller (who came all the way from Brazil) in what it takes to endure Canadian winters we drove to our third spot of the day.

Again our students were eager to photograph what was in front of them. This time it was a simple treeline on the horizon (the photo below shows you how it looked like on Friday). It was again interesting to see 9 different takes on 1 subject. Some people cropped in close. Others incorporated the setting sun and the awesome sky behind the trees. Others ... explored the opposite side of the road.

I am looking forward to sharing some of the work by our students and the account of day 2 of the workshop in a future post so hang tight.
Posted by Olivier at 3:34 PM