Pre-visualization in the 21st century

This post is written as a follow up to a Twitter discussion I had late last night. The discussion was hampered by the fact that Twitter only allows 144 characters for me to express my opinions. This post is not meant as a film vs. digital discussion and certainly not meant as a 'what is better' or 'I know best' post. It is just written to explain myself more thoroughly. And is written from a fine art photographer's perspective and not a commercial photographer's perspective.

Let me start with the beginning. This is the tweet in question.

So what did I mean by that?

First let us define what vision is because that's where a lot of people got hung up on. Vision is not only the way you process your photographs (but that's what most people think it is). What they actually mean though is something called style.

Let's call a cat a cat 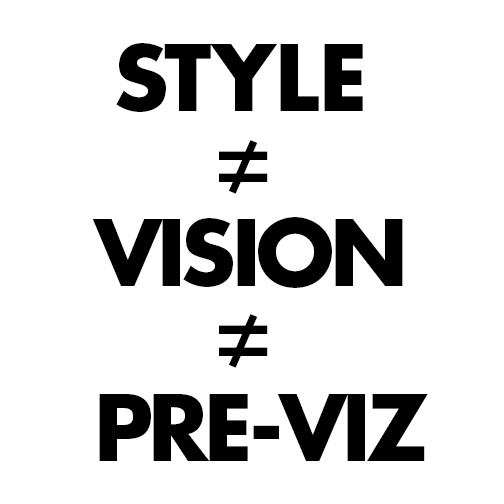 Another small part of the vision process is the pre-visualization or in short, visualization process. Which again, is practiced by only a small amount of photographers these days.

Before you get all angry about that, let me explain.

The definition for pre-visualization is that you see the final print or photo in your mind's eye before (that's what pre- means) you make an exposure. You are imagining the photo so to speak in your head. It is a very powerful tool. So powerful that when mastered, you almost don't need to take the photograph anymore. Or in other words, you immediately recognize a flawed composition or situation without the need to go through the motions of actually taking the photo or looking at the LCD to interpret the scene.

In today's day and age we seldom pre-visualize anymore. What we do is we post-visualize. In this case, post means after the shot has been taken.

I honestly hear it all the time on workshops.

This is how I see most students work: they jump out of the car, grab the gear, set it up in a random spot and then they start snapping away. Barely moving inches. They shoot a test exposure and look at the back of the camera. Then they look for flaws and reposition or adjust their settings accordingly.

That is not 'working the scene'. That's post-visualizing and it does not make you a better photographer. You are skipping a whole bunch of steps. Have you walked around? Have you smelled, listened, felt the place you are photographing? Do you know what the scene is telling you, do you feel what it is trying to say? How are you going to translate that in your work? Do you know where to stand? Do you know if this is the right time of day for whatever you want to accomplish? All of that (and more) is part of the visualization process that is part of the bigger vision process.

When I ask them "how is the scene translating to the view you have in your head?" I get mostly blank stares. You see what most people do is they just register scenes. That's all they do. They come back with hundreds of variations of the same photograph without really being in the moment. Is that working a scene? I don't think so. Do all these photographs make them a better photographer? Not in the slightest bit.


This was how I worked too

I used to work like that too you know. I was often so dang sure of where to stand that I never walked around. I never explored further beyond what I was seeing. I took 100's of shots of the same thing, making sure I got the shot. Then, after coming home with thousands of photos of the exact same scene, trying to select a winner was a tough thing to do. I was throwing mud at a wall hoping some of it would stick. I was a 'spray and pray'-guy and I didn't even knew it.

Since returning to film, my workflow has changed drastically. I went back to the approach once taught to me in photo school.  Now I "work the scene" by using a viewing frame. Just a piece of card with a hole in it. On one of the last workshops I taught, I demonstrated this approach. My students were very skeptical to say the least. Some were even laughing. "Like a piece of cardboard can help me compose and see better?"

But by the end of the weekend I had most of them converted to using the frame. It took only seconds to make them see the potential of the $2 piece of card in the field.

You should try and make yourself a frame too. Just take a piece of black, white or neutral gray cardboard about 8.5x11" and cut a hole in the middle with the ratio you'd like to use in your work (2:3, 4:5, 5:7, ...). And use that while you walk around on your next photo trip. Make photos in your mind. Once you see something you like inside the frame, fine tuning it, move around a bit with the frame, exclude elements, simplify. Once you see what you want, then grab the camera and recreate what you saw in your frame in the viewfinder.

You will take far fewer shots, and I swear THAT will make you a better photographer!