Inspiration, where does it come from?

This article was previously posted on www.kozuessence.com on July 22, 2014.

Where does inspiration come from? What inspires me? I’ve been thinking about this question for a few days now and the conclusion I came to was that most of the time, I am actually not inspired, at all.

Inspiration for me is closely related to motivation. If there’s no motivation, then there’s no inspiration. And motivation is – for me – related to the mood/mindset I am in. Everything is interconnected. And so it is too with inspiration.   Inspiration comes in big waves and surges for me. But there are also big lulls. And I am OK with that. When I do get inspired, where does it come from?

That’s a good question. It can happen at any time of the day (but it happens mostly at night or in the late hours of the evening) and really can strike without warning. You’ve heard of the saying ‘struck by lightning’? That’s exactly how it happens. A notepad and a pencil are my best friends.   Some photos pop in my mind out of nowhere. Those are the easy ones. Those are the ones that are instantly finished even before they are taken. Others happen more gradually. Usually when I am out photographing. 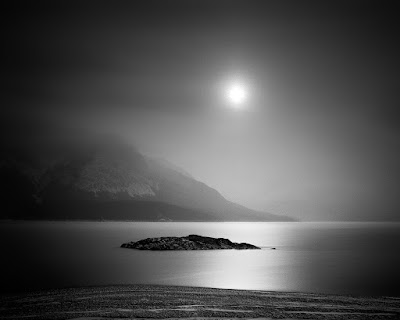 Then it is just a matter of finding the right elements to work with.   Take for instance the ‘Abraham Lake Reflections’ photo (above). I went out to Abraham Lake (in Alberta) with nothing more than accommodation plans. Everything else was up in the air.  I went out before sunrise that morning, the air was thick with moisture. Fog was dancing over the lake. A truly glorious sight that made me feel alive. When the sun finally popped out from behind Mount Michener, I instantly knew there was a photo somewhere to be found there. That’s when my tunnel vision kicked in. I saw the photo in my mind; all I did was frantically search for a solution to get to that vision. I found a suitable composition at the end of the morning. An hour later, the fog had burned off.

Is that inspiration? Is that motivation? Who knows? All I know was that I was heavy ‘in the moment’. And I think that is a big part of when ‘inspiration’ happens. Being one with your surroundings and once self.

Some photos grow overtime. I believe that it isn’t until you have ‘earned’ a close relationship with an area (for a landscape photographer) that photos will reveal themselves to you. For example driving the same route to work everyday can inspire me to look for hidden gems. Photographs so often overlooked by everyone else.   Ultimately, ideas and concepts inspire me more than the shear beauty of my surroundings. The feelings a photo can give me or a concept behind a composition are more important for me than the majesty of the scene itself. 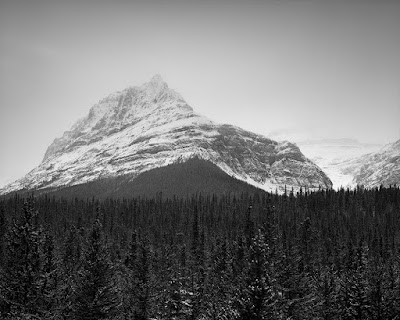 Take for instance 'Caldron Peak on a Foggy Morning’ (above). Is the scene majestic? Maybe. But that wasn’t important that morning. What I saw was the following. I saw a king ruling his army of trees. That’s what made me take this photo. Not the repeating pattern of the trees, not the foggy conditions, not the mighty triangular shape of the mountain. It was the idea or concept that inspired me to set up the camera.

Finally, inspiration for me also comes from being driven to do something better.  Reading books by, and studying the work of the old masters is truly something I can connect with and draw (technical) inspiration out.

Film is such a fantastic medium that so very little photographers use anymore. They say it’s cumbersome, slow and more difficult then they remembered. I hear these excuses far too often. For me it’s the simple notion that I am not ready to give up on film photography yet. Even if I am the last photographer standing that is still using film, I’ll still be using it. That’s my drive. That’s my motivation. And ultimately, it is also my inspiration.